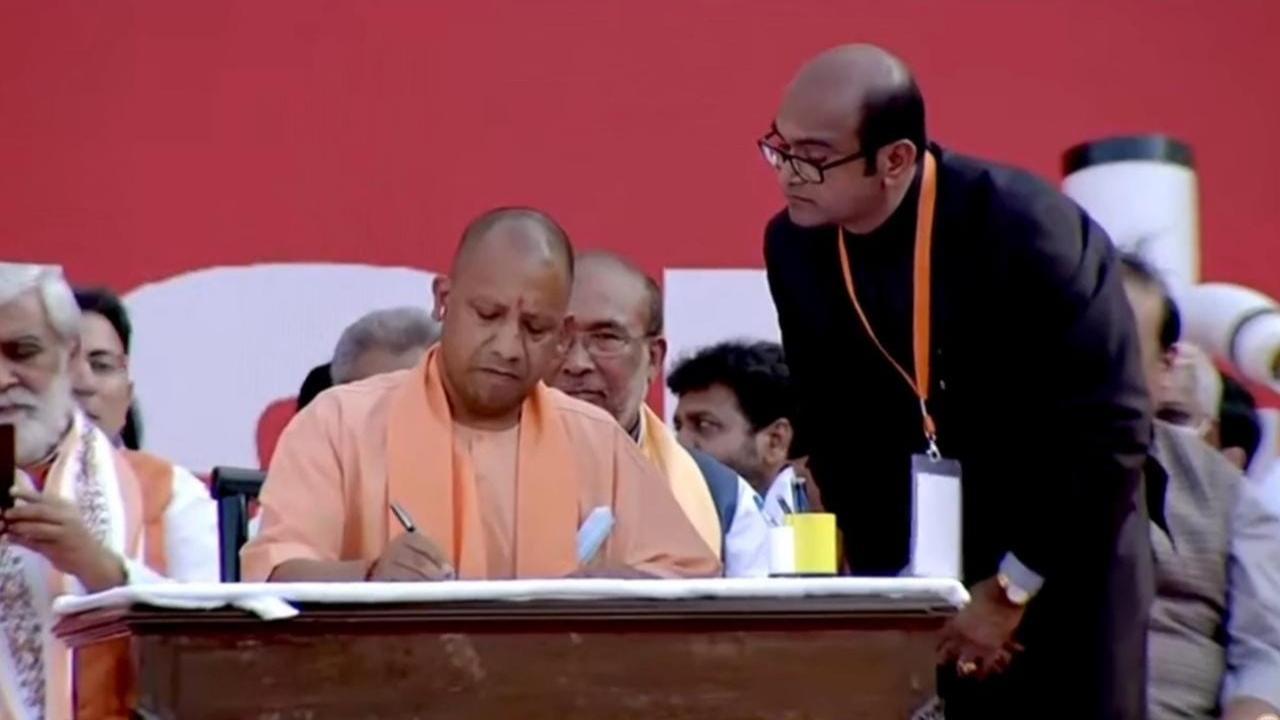 Bharatiya Janata Party (BJP) leader Yogi Adityanath on Friday took oath as the Chief Minister of Uttar Pradesh for the second time in a row.

Yogi was administered the oath by Governor Anandiben Patel at the Atal Bihari Vajpayee Ekana Cricket Stadium, which had an attendance of over 50,000 people.

The program started with the national anthem after the arrival of Prime Minister Narendra Modi.

Making the swearing-in ceremony a mega show, several colorful programs were organized for the audience at the stadium where actor-politician Dinesh Lal Yadav aka Nirahua performed on stage.

Adityanath on Thursday met Governor Anandiben Patel and staked claim to form the government in the state after being elected the leader of the BJP Legislature Party.

The monk-turned-politician will take over the reins of the most populous state for the second time in a row after completing his five-year term – a feat repeated after 37 years. During the election campaign of Uttar Pradesh elections, the Prime Minister praised Yogi Adityanath’s work and his coin – “UP plus Yogi Bahut Hai Apyogi” (UP plus Yogi is very useful) became quite popular.

In the 2017 assembly elections, the BJP won the election and elected Adityanath as the chief minister.

After becoming the CM of the state, he placed 36 ministries under his direct control including Home, Economics and Statistics, Sainik Welfare, Home Guards, Personnel and Appointments as well as Civil Defense.

Before taking oath as the Chief Minister of UP in 2017, he was the MP of Gorakhpur for five consecutive terms from 1998 to 2017.

Born on 5 June 1972 in a village in Uttarakhand, his parents named him Ajay Singh Bisht. He left home to join the movement for the construction of a Ram temple and became a disciple of Mahant Avaidyanath of the Gorakhnath temple in Gorakhpur.

He started his political career in 1998 by becoming the youngest MP from Gorakhpur.

The BJP has created other records with its consecutive victories in Uttar Pradesh. This is the first time that a party has returned to power after 37 years in consecutive elections.

The BJP has won 255 seats in Uttar Pradesh and its allies in the state have also performed impressively. It is expected that the Chief Minister will carry forward the party’s electoral victory momentum to fulfill the election promises and further the development of the state in his second term.