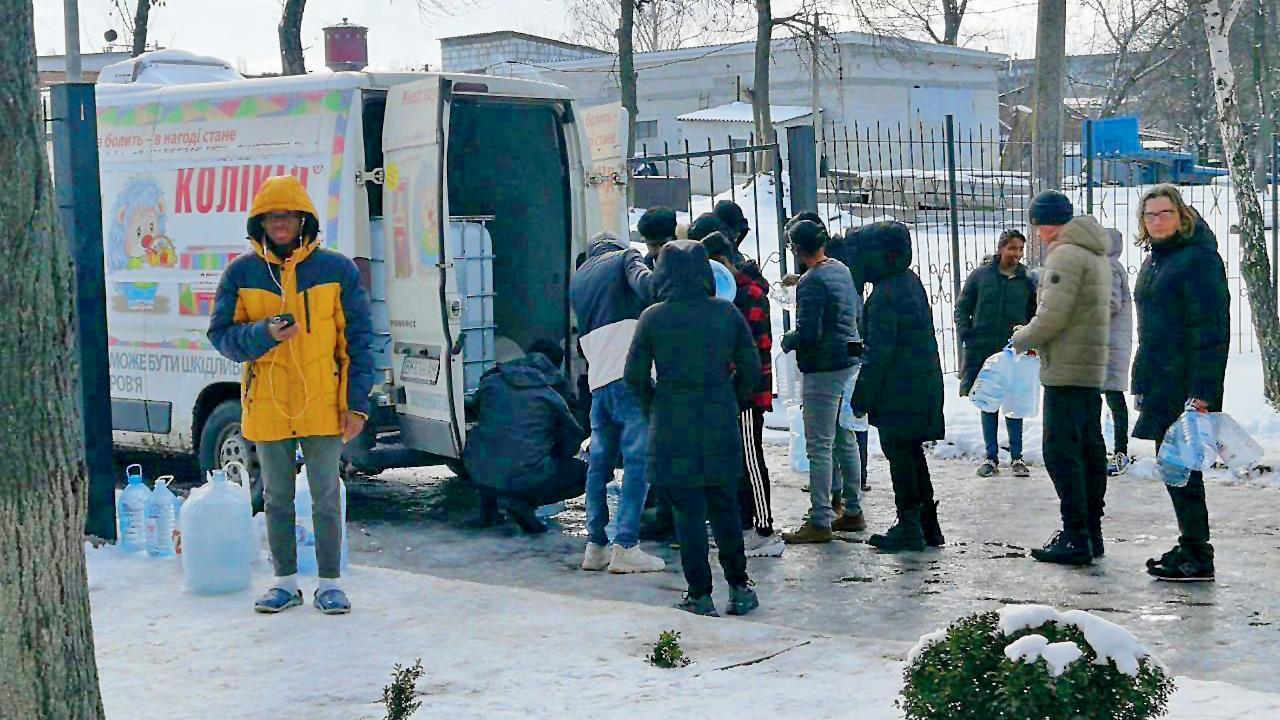 The Indian embassy in Ukraine on Sunday asked students living in its residence to reach the Hungarian capital Budapest. Earlier in the day, it requested stranded people to share their details. “All Indian citizens who are still residing in Ukraine are requested to fill in the details contained in the attached Google Form on an urgent basis. Stay safe be strong,” it tweeted.

“Important Announcement: The Embassy of India today commenced its final phase of Operation Ganga Udan. All students who are staying in their own accommodation (other than those arranged by the Embassy) are requested to reach @Hungariacitycentre, Rakoczi Ut 90, Budapest between 10 AM to 12 PM.

An Indian student visits her family members at the Delhi airport after being deported from Ukraine. photo/ani

“We had already started moving after the government had given up hope of coming to our rescue. But now with the new advisory, we are confused whether we should take any risk at all. I am very scared,” said Nizamuddin Aman, MD, MBBS first year student at Sumi State University.

As evacuation from the shelling-hit city remains a challenge for Indian authorities, the students said they could no longer face freezing cold, lack of food supply and melting snow for drinking water.