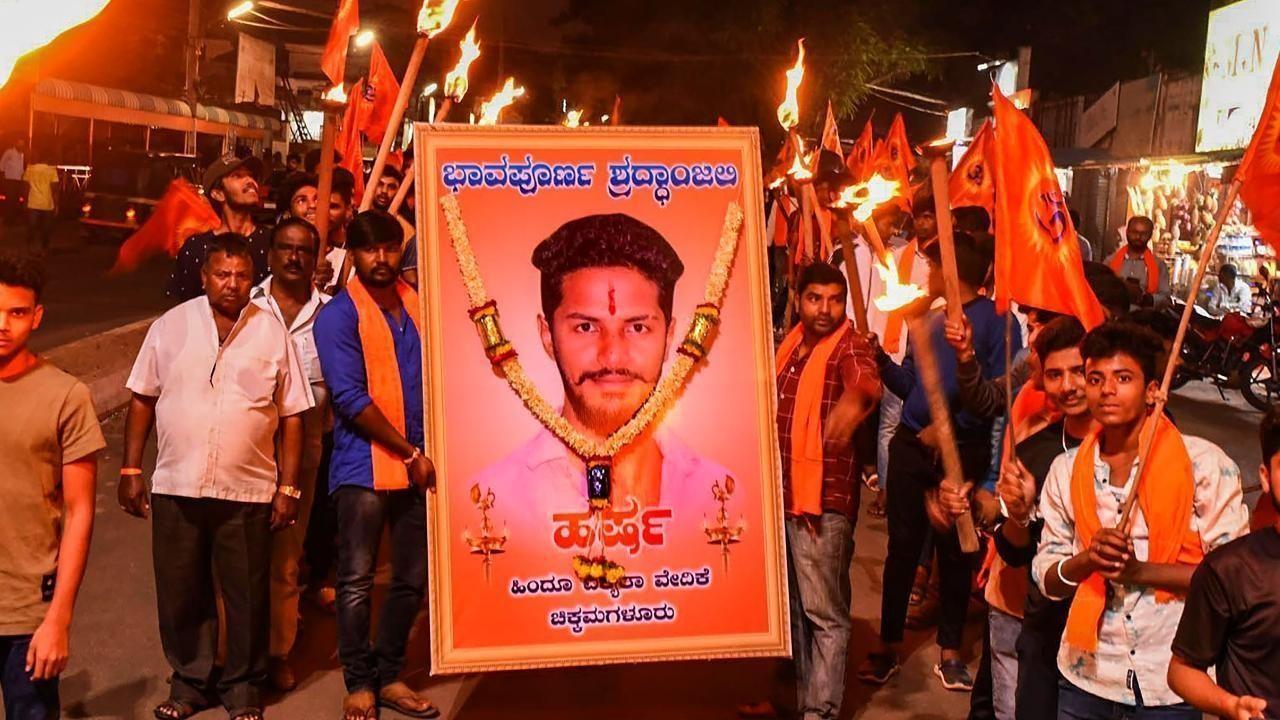 Karnataka Police has registered an FIR against State Rural Development and Panchayat Raj Minister KS Eshwarappa for making provocative statements in connection with the Bajrang Dal activist Harsha murder case in Shivamogga district. The police gave this information on Friday.

Doddapet Police has started investigation by registering a complaint in this regard as per the direction of the High Court. An FIR has also been registered against Shivamogga BJP councilor Channabasappa.

The FIR has been lodged on the complaint of Riyaz Ahmed, a resident of Shivamogga.

Ahmed, in his complaint, said that due to communal provocation and provocative statements of Minister Eshwarappa, violence followed Harsha’s murder in Shivamogga town. He had earlier approached the Doddapet police station with his complaint, though the police refused to register his complaint.

The complainant had moved the High Court seeking a direction to the police to register an FIR in connection with the matter. The complainant claimed that Eshwarappa targeted a community and issued provocative statements against the law.

Soon after Harsha’s assassination, Eshwarappa, a minister representing the Shivamogga city assembly constituency for the BJP, said that “Harsha has been killed by Muslim goons”. He also condemned the growing fundamentalism among a section of the society and expressed his solidarity during the funeral march of Harsha in the city despite curfew orders in Shivamogga. The authorities had imposed curfew for seven days in Shivamogga to maintain law and order situation in the district.

The police had arrested 10 accused and booked them under the provisions of the Unlawful Activities (Prevention) Act (UAPA). Chief Minister Basavaraj Bommai has said that it was not just a case of murder, but something beyond what is before the eyes. The case has now been handed over to the National Intelligence Agency (NIA).

Maha: `Statue of Knowledge` dedicated to Dr Ambedkar to be unveiled in Latur