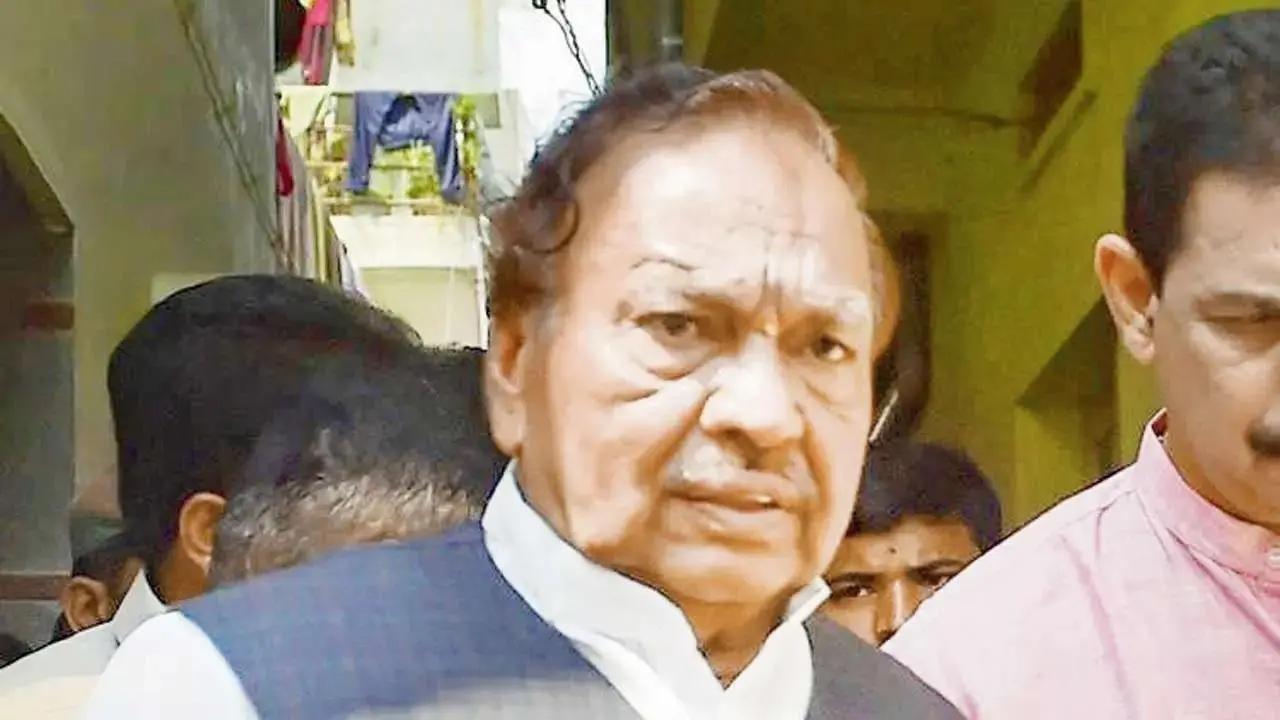 Accusing the Karnataka government and Chief Minister Basavaraj Bommai of trying to shield Rural Development and Panchayat Raj Minister KS Eshwarappa, the opposition Congress on Friday demanded his arrest and that he should be booked under the Prevention of Corruption Act.

The opposition party also urged that a fair investigation be conducted by the police under the supervision of a sitting judge of the Karnataka High Court.
Eshwarappa, against whom police have registered a case of abetment to suicide of contractor Santosh K Patil, will submit his resignation to Chief Minister Basavaraj Bommai on Friday evening, as the issue sparked a political uproar.

The Congress, which has found a new ammunition against the ruling party ahead of next year’s assembly elections, has formed nine teams, and each team will travel to at least two to three districts, so that people get “40 per cent commission”. and on a larger scale”. Corruption” under the current BJP government.

The party, which held the overnight protest at Vidhansabha Soudha, said it plans to later take its protest to the level of the assembly constituency, to bring to the notice of the people that the BJP has “turned Karnataka into a corruption capital”. has been changed”.

The Congress is also planning to hold a protest rally at Hospet in Vijayanagar district, where the ruling BJP’s state executive committee is scheduled to meet under the leadership of its national president JP Nadda.

Congress Legislature Party said, “There is a clear allegation in the complaint, Santosh Patil has also said before the media. Despite this, the FIR has not been registered knowingly under the Prevention of Corruption Act. Cases have been registered only for abetment ” Leader Siddaramaiah said.

Former Chief Minister Siddaramaiah told reporters here that there was a deliberate lapse on the part of the state government and the police.
“We demand that a case be registered under the Prevention of Corruption Act…he (Eshwarappa) should be arrested immediately as the charge is of a heinous crime,” he said.

Compensation of one crore rupees to the family of the deceased Santosh Patil and government job should be given to his family and pending bills of Rs 4 crore should be paid.

Siddaramaiah alleged that an attempt was being made to close the case with the aim of saving Eshwarappa, Chief Minister Bommai himself had given him a certificate of innocence, so there could not be a fair investigation.

He demanded that the investigation should be conducted by the police under the supervision of a sitting judge of the High Court. He said, “Eshwarappa is not a common man, it should be seen that he and his associates did not destroy the evidence…
KPCC president DK Shivakumar also questioned why the FIR was not registered against Eshwarappa under the provisions of the Prevention of Corruption Act.

He alleged that the chief minister himself has become a “judge and inquiry officer” by giving Eshwarappa a “certificate” that he will be cleared before the probe is completed.

Demanding a probe by a sitting Karnataka High Court judge, he said, “Karnataka has become the capital of corruption. Neither the Prime Minister, nor Nadda or anyone is speaking about it.”

Belagavi contractor Santosh Patil was found dead at a hotel in Udupi on Tuesday after Eshwarappa was accused of corruption.

In an purported suicide note in the form of a WhatsApp message, Patil had blamed Eshwarappa for his death.

Patil had last month complained to Union Rural Development Minister Giriraj Singh and central BJP leaders that he was yet to be paid Rs 4 crore for the road works carried out in Hindalga village and blamed Eshwarappa’s aides for his release. He was accused of demanding 40 per cent commission. of payment.