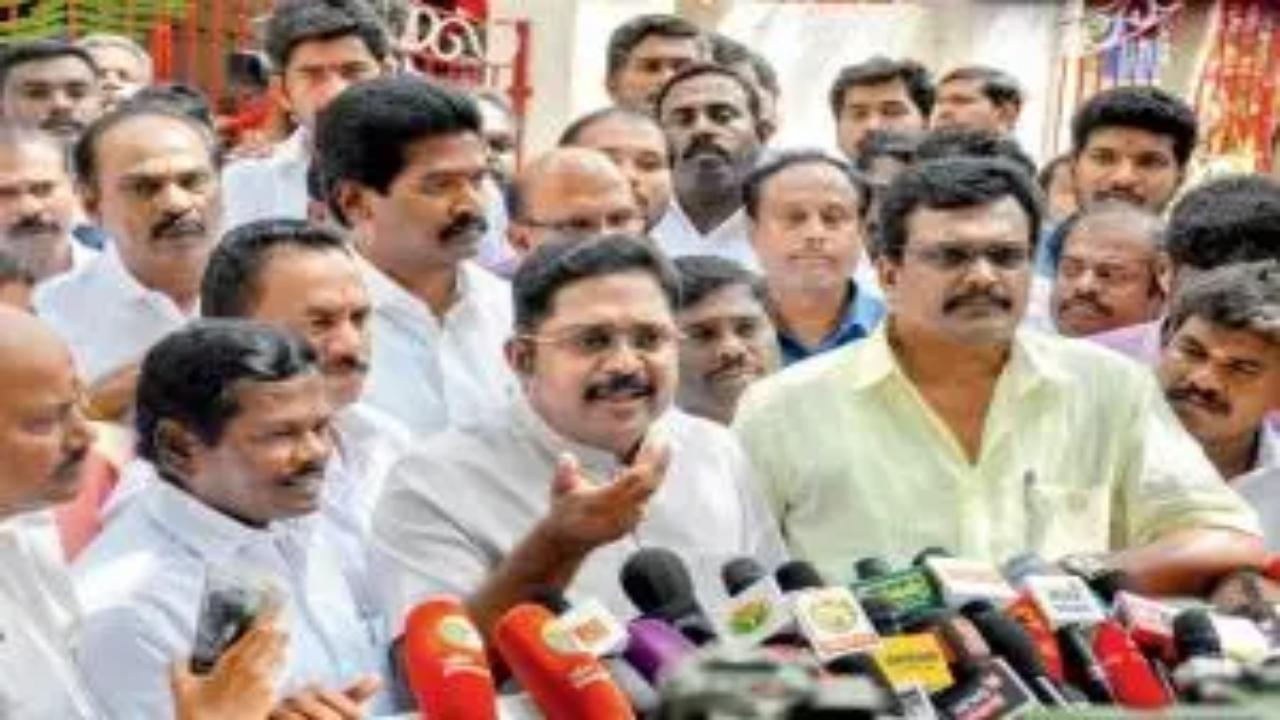 The Enforcement Directorate (ED) questioned politician TTV Dhinakaran for nearly nine hours in an alleged bribery case related to the two-leaf symbol. Amma Makkal Munnetra Kazhagam founder general secretary Dhinakaran was summoned by the ED to record his statement in the bribery case in which Election Commission officials were allegedly bribed to get AIADMK’s ‘two leaves’ symbol for the VK Sasikala faction Went. ,

Millionaire thug Sukesh Chandrashekhar is also facing prosecution in this case. Chandrashekhar was recently arrested by the ED from Tihar Jail in this connection. He was questioned at length. The ED had summoned Dinakaran to record his statement in connection with the case.

Initially, a case under various sections of the IPC was registered by the Crime Branch of Delhi Police against Chandrashekhar and others for allegedly bribing Election Commission officials in 2017. The ED had started a money laundering probe based on the Delhi Police’s FIR. After registering an FIR, Delhi Police arrested him in April 2017.

Dinakaran was also arrested by Delhi Police. Later, the police filed a charge sheet against Dinakaran and Chandrashekhar in the Patiala House Court. Mallikarjuna, the then AIADMK treasurer and a close aide of Dinakaran, was also arrested after he had offered Rs 50 crore to Chandrasekhar to help him get the election symbol.