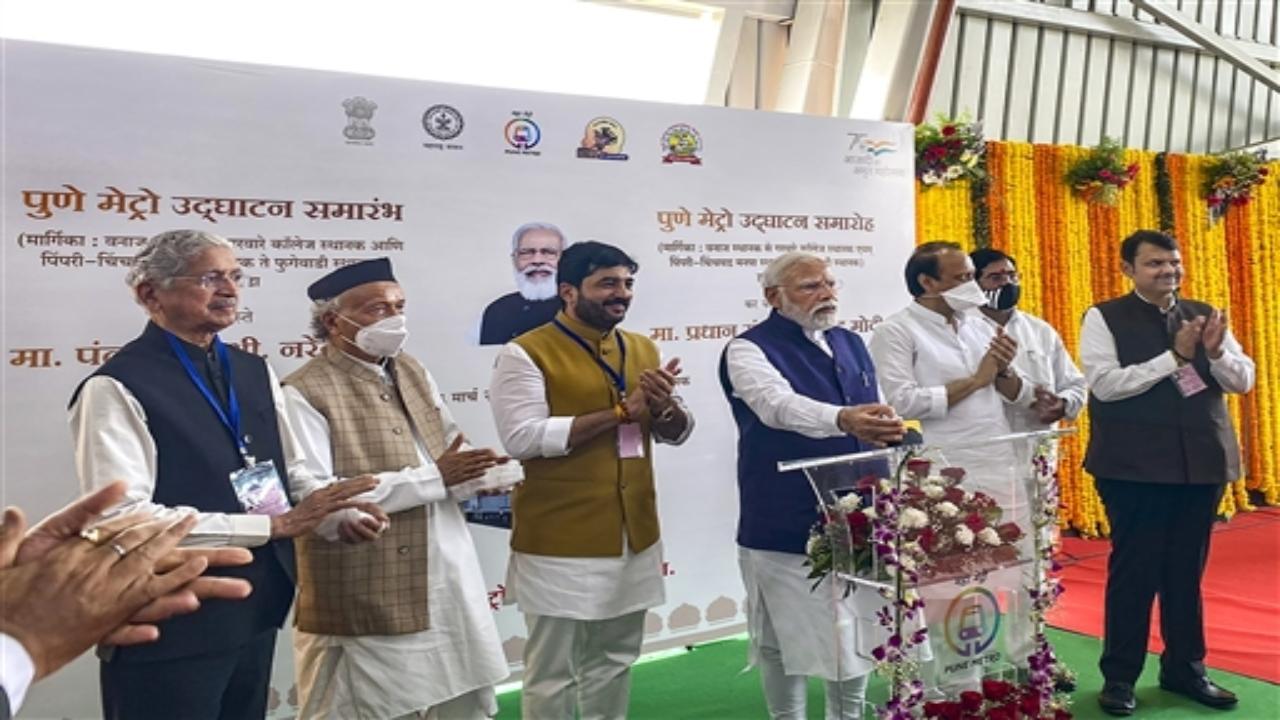 The total cost of the Pune Metro project is more than Rs 11,400 crore. The Prime Minister had laid the foundation stone of this project on 24 December 2016. Modi was addressing a public meeting at the MIT College grounds here after launching and laying the foundation stone for various development projects in the city.

“…Today, I got the opportunity to inaugurate and lay the foundation stone of various projects. I am fortunate that I got the opportunity to lay the foundation stone of Pune Metro and today, you have invited me to inaugurate the project,” he said. “Earlier (during previous governments) foundations were laid, but it was not known when the same project would be inaugurated,” Modi said. The PM said, the inauguration of the Pune Metro project shows and sends that projects can be completed on time, and appealed to the people to travel by metro trains. Noting that urbanization is taking place at a fast pace, he said that by 2030 the urban population of the country will cross the 600 crore mark.

“The growing population of cities brings a lot of opportunities, but there are also challenges. Flyovers can be built in cities to a certain extent. With the increasing population, how many flyovers can be built and how will we widen the roads?” PM said. “In such a situation, we have only one option, that is mass transport, and that is why our government is giving importance to mass transport and improving metro rail connectivity,” he said. He said that earlier there were metro trains in Delhi and one or two other cities, but now the metro network is operational or is being developed in more than two dozen cities of the country. Before his address, the PM inaugurated the Pune Metro Rail project and himself took a 10-minute ride on the train after purchasing a ticket from a kiosk.

The 12-km stretch of the total 32.2-km-long project was inaugurated at Garware metro station, from where Modi flagged off the project and took a metro ride to Anandnagar station, about five kilometers away. During the visit, the PM interacted with the differently-abled students present inside the metro coach, some of whom were visually impaired. Before taking the Metro ride from Garware station, Modi also inspected an exhibition of the project put up there. The 12-km-long route, inaugurated on Sunday, comprises two priority sections – Garware College to Vanaz (5 km) and Pimpri Chinchwad Municipal Corporation to Phugewadi (7 km) – on two metro lines.