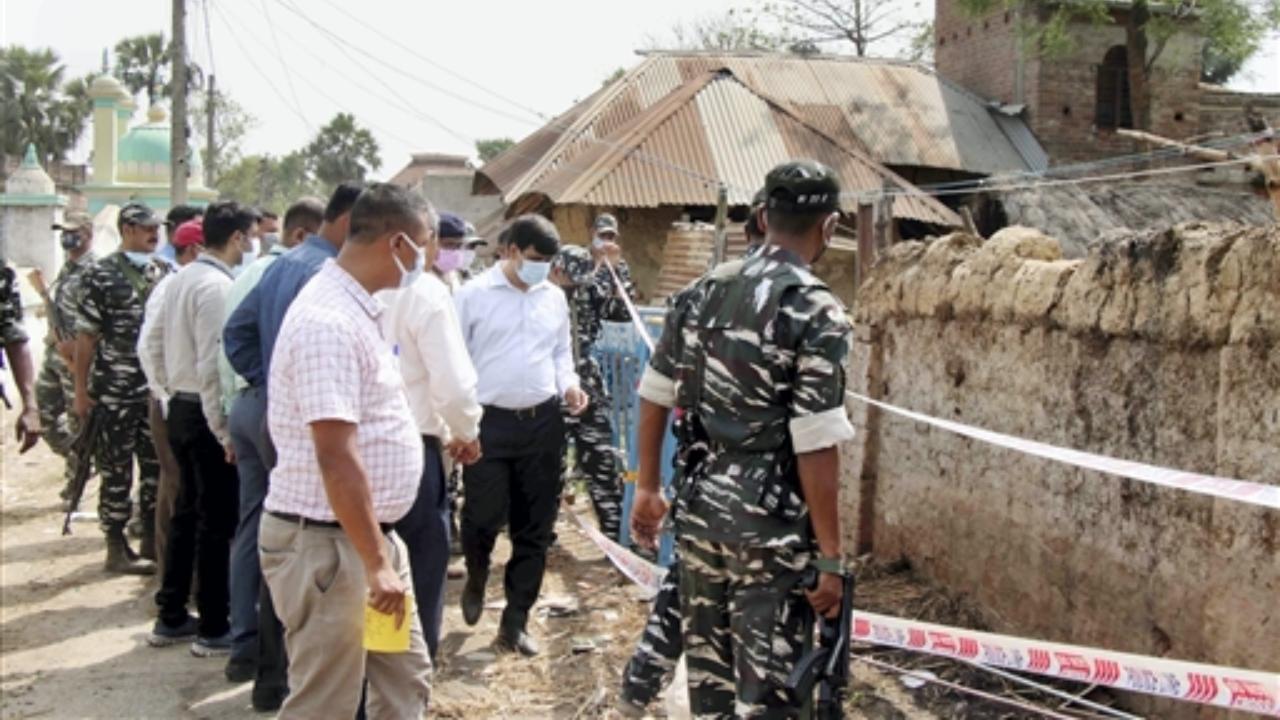 An eerie silence descended on Bogatui, where eight people were burnt alive earlier this week.

The village near Rampurhat town in West Bengal’s Birbhum has turned into a ghost town as many residents fled to unknown places fearing the cycle of violence that began with the killing of local TMC leader Bhadu Sheikh and led to the massacre that led to the entire shook the country. ,

Not only did most residents of Purbapara, where the killings took place in the early hours of Tuesday, hastily leave their homes, even people from neighboring Paschimpara and Mayorpara settlements of the village have followed suit. The only government school in the locality is also almost empty, while the Anganwadi is lying vacant without a door.

The closed doors welcome the many journalists, officers and policemen who have invaded the village. A peek into the burnt houses through the panes of broken windows reveals the situation in which the migrants had fled their homes for generations.

In the courtyard of Saddam Sheikh’s house, utensils are lying on the floor, clothes are hanging on ropes and raw vegetables are scattered. This hastily abandoned house is next to the house of Sonu Shaikh, whose house was torched and from where seven burnt bodies were found.

Sahe Alam Shaikh told PTI, “We don’t know where they have fled. They had no other option. Even my sons are not here. They are staying with my relative outside the village. are.”

However, the eyewitnesses of this massacre kept silence on this incident.

“All I can say is that it was a vengeful murder. We have seen everything from inside our houses. We ran to our houses after hearing the sound of mob hurling bombs near Sonu’s house. After that, me Don’t know anything.” he said.

His three sons have gone into hiding with their families and are still “unwilling to return home”.

Alam also welcomed the handover of the investigation of the massacre by the Calcutta High Court to the Central Bureau of Investigation (CBI).

“It may help in the investigation,” he said.

A huge police force is deployed to guard at least 15 houses in the village with a population of around 7,000.

Mumtaz Begum, the owner of the only stationery shop opened in Purbapara, heard the echo of Alam.

Mumtaz said, “My sons are also in hiding. We don’t know where all the villagers have gone. I don’t want to talk. We are all worried about our lives.” Year old paralyzed mother-in-law Naseema Bibi.

Bibi said, “I pray to Allah that everything returns to normal. My sons are out of the village. Hope everything will be back to normal soon.”

However, those who have fled the village are not very optimistic.

“How can we return? We are scared for our lives. What will happen when the police leave the village?” A relative of Sonu Sheikh told PTI over phone from an undisclosed location.

Residents of neighboring Paschimpara and Mayarpara areas have also left their homes. E-rickshaw drivers, only a few locals living in nearby areas, avoid using the road from Purbapara to reach Rampurhat town.

Noor Mohammad, the only government school teacher in the area, said, “Very few students are coming in the last few days. Most of the families are not in the village, hence there is a high absentee rate. I think this situation will continue for a long time.”

The Anganwadi center located in Poorvapara is also lying vacant, with its doors open and no one to look after it.

The incident has created a political storm in the state and the BJP, Congress and Left Front have attacked the ruling government, even as the chief minister has directed the police to nab all the culprits and give them “severe punishment”. .