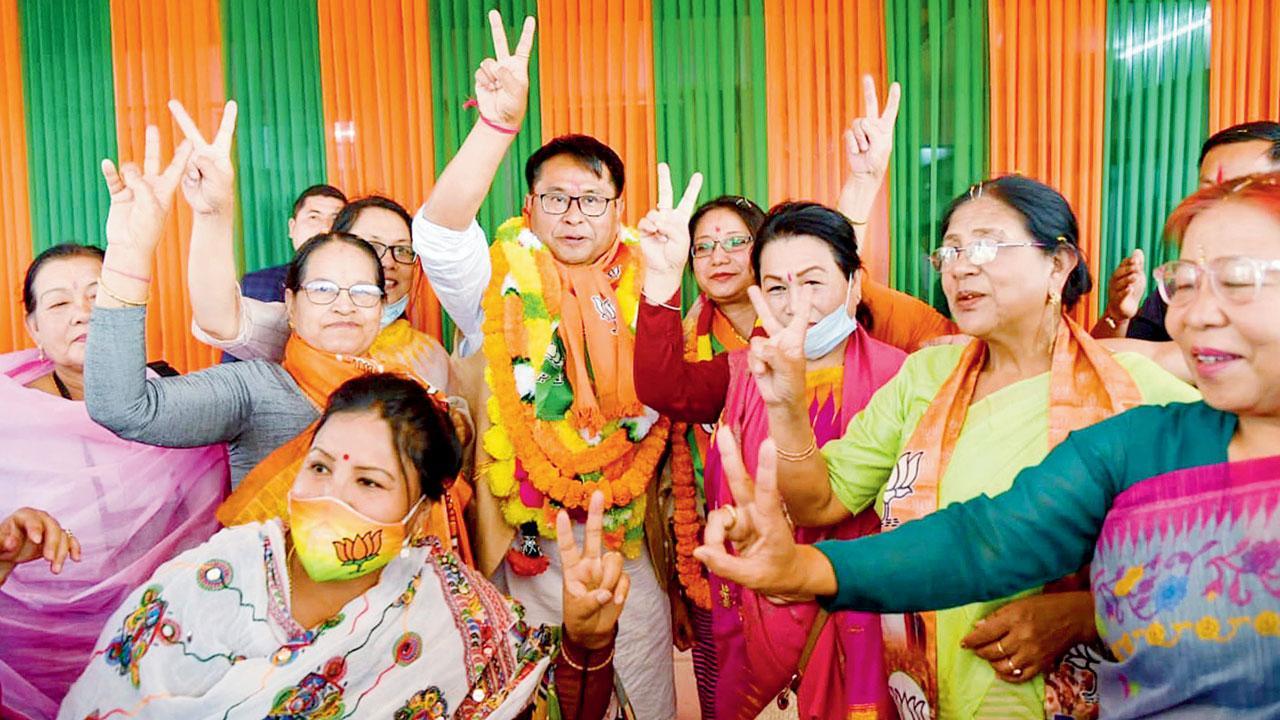 The BJP seems all set to return to power in militancy-hit Manipur, in which the party has won 32 seats in the 60-member assembly.

Earlier, Singh had promised that he would urge PM Modi to repeal the controversial AFSPA if a BJP government is formed in the north-eastern state.

600 students on their last leg of home journey