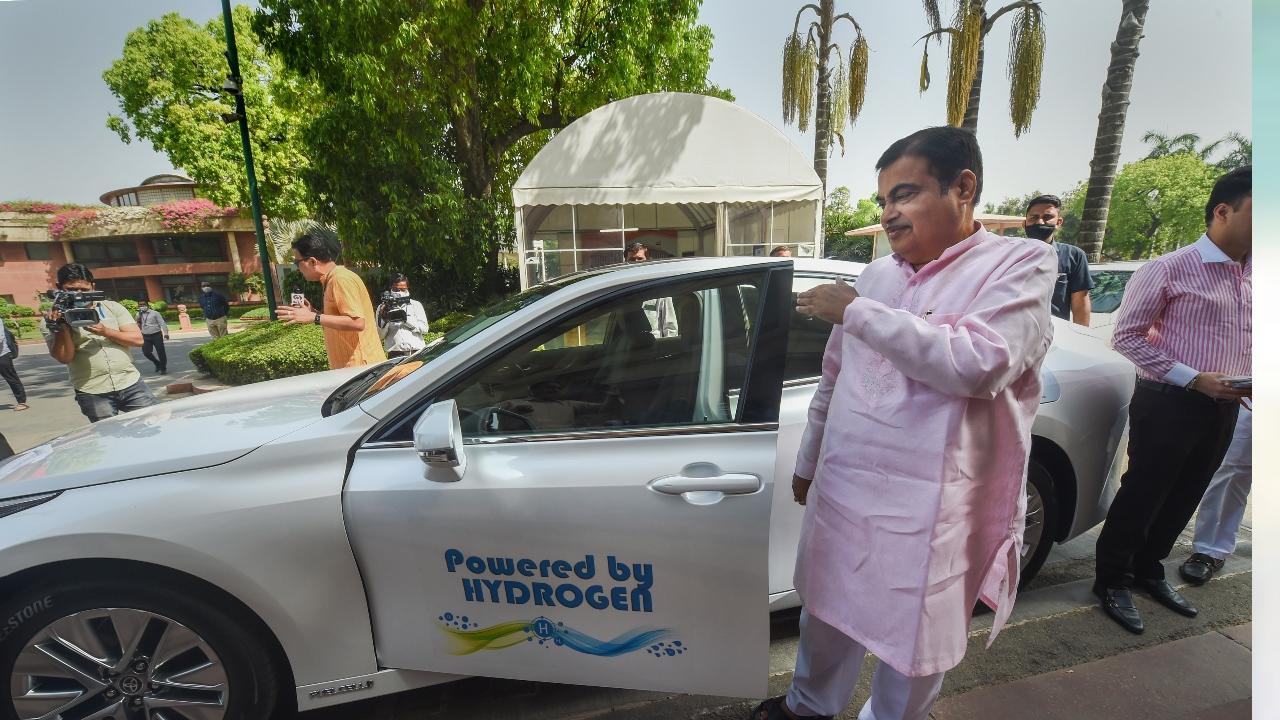 Union Minister for Road Transport and Highways Nitin Gadkari arrived in Parliament on Wednesday in the country’s first hydrogen fuel based car.

Showcasing the car powered by ‘Green Hydrogen’, Gadkari stressed on the need to spread awareness about hydrogen, fuel cell electric vehicle technology and its benefits for India to support a hydrogen based society.

Talking to reporters outside the Parliament House, the Road Transport Minister said that the fuel prices are increasing continuously in the international market and the common man is suffering due to this. “At present we import crude oil worth Rs 8 lakh crore. If we want to become a self-reliant country then we have to produce hydrogen based fuel in India.

The Minister assured that Green Hydrogen will be manufactured in India. Gadkari said, “Green hydrogen refueling stations will be set up to create sustainable employment opportunities in the country. India will soon become a green hydrogen exporting country.”

“In line with Prime Minister Narendra Modi’s vision of clean and state-of-the-art mobility in India, our government is committed to focus on green and clean energy through the National Hydrogen Mission,” he said.

When asked about the cost of hydrogen fuel, the minister said that it is likely to cost people around Rs 2 per kilometer, which is much less as compared to other fuels.

Gadkari said the government would not only produce it, but also plan to export green hydrogen. “This is a big revolution,” he said.