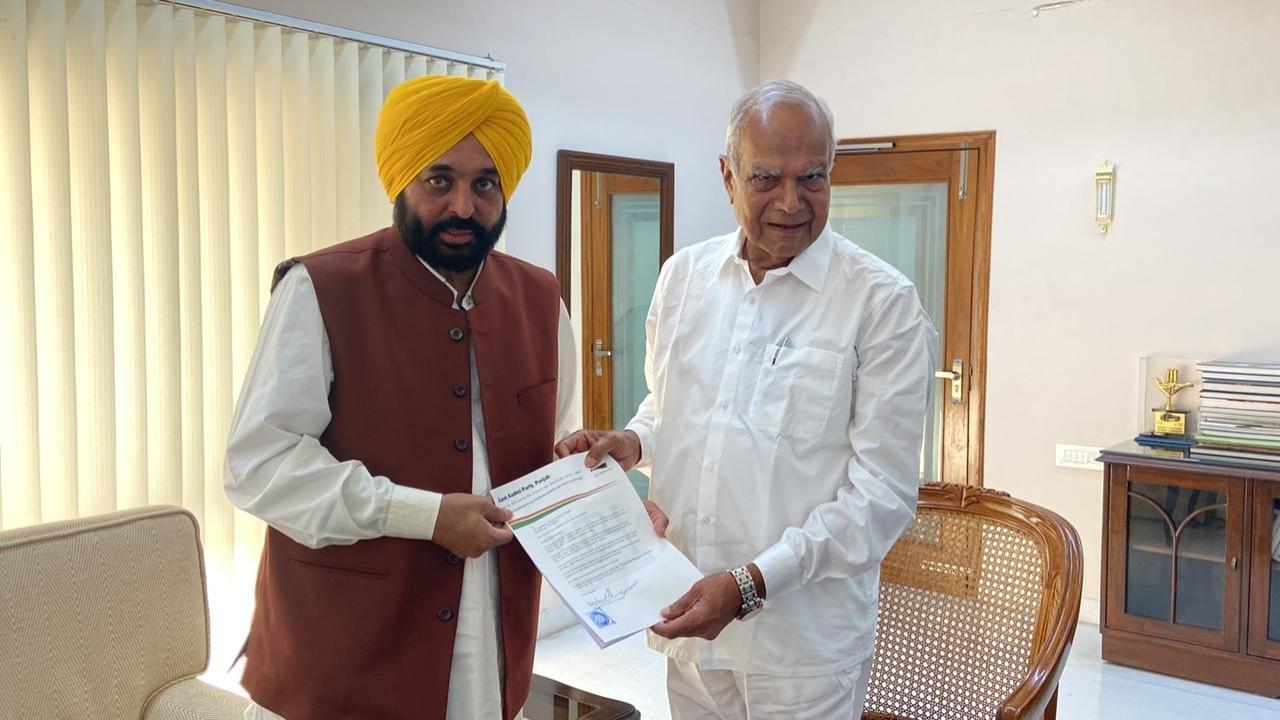 Mann reached Raj Bhavan here at around 10.30 am.

Mann was elected the leader of the AAP Legislature Party at a meeting of party legislators in Mohali on Friday.

AAP entered the house by winning 92 seats in the 117-member Punjab Assembly.

It devastated the Congress and the SAD-BSP alliance and its candidates defeated several stalwarts, including outgoing Chief Minister Charanjit Singh Channi,