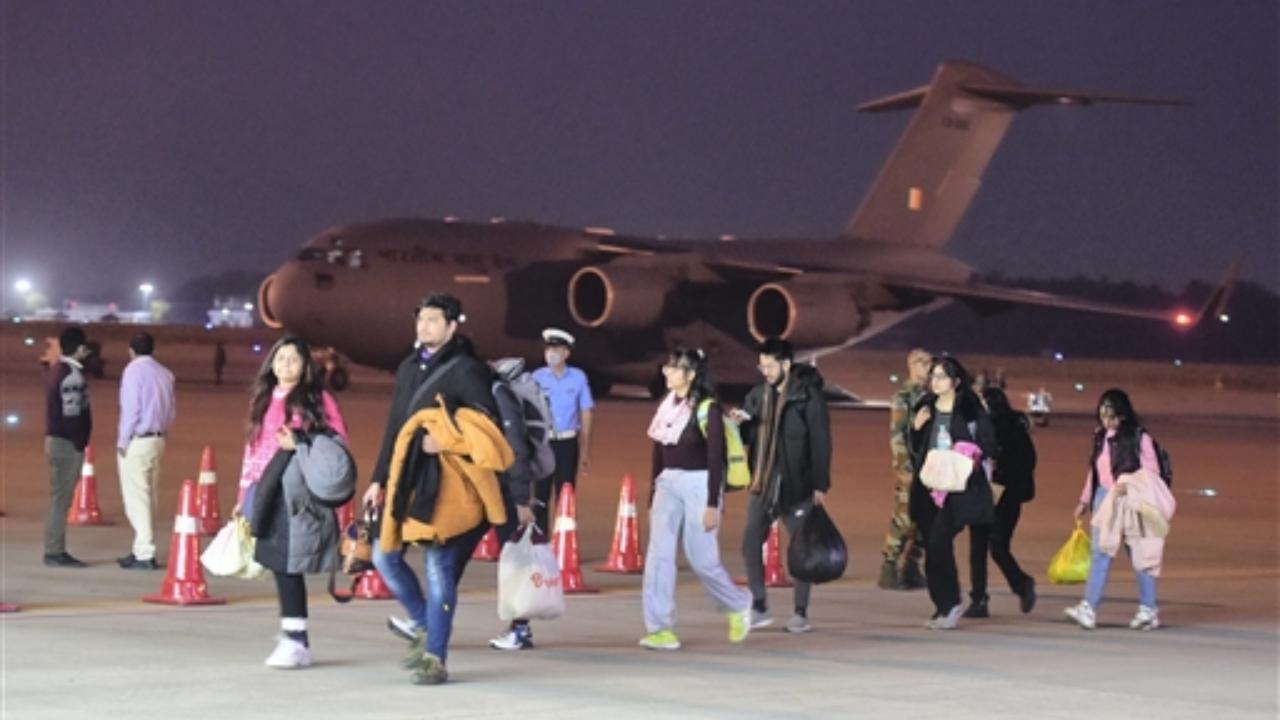 Most of the visiting Indian nationals were from the north-eastern Ukrainian city of Sumy. For the past several days, there has been heavy shelling and heavy firing between the Russian and Ukrainian forces on Sumi.

“The bombing also happened on the day we came out, not in our area but in the city. Government of India, Red Cross and Indian Embassy helped us a lot and made a green corridor to evacuate us. I am thankful to PM Modi. Yes,” said Hardeep, a student at Sumi State University.

Prerna Choudhary, another student of Sumi, said, “We kept ourselves strong, we were confident that the Indian embassy would evacuate us soon. We did not face any problem (during the evacuation), we got direct buses, trains. We were fine. We did not even have to stand on the border, all the arrangements were made well.

ANI had earlier reported that arrangements for the evacuation of the stranded Indian students were made on both sides of the Russian border along with Ukraine.

Ukrainian drivers were unwilling to drive to the Russian side. However, local arrangements were made for the buses. ANI learned from sources that India had sought an escort from Ukraine and it was granted after some delay.

The Red Cross also helped and a humanitarian path was created for all international students and eventually the students were evacuated. They were asked to maintain radio silence until they crossed the danger zone.

India has brought back over 20,000 stranded citizens from the war-torn country.