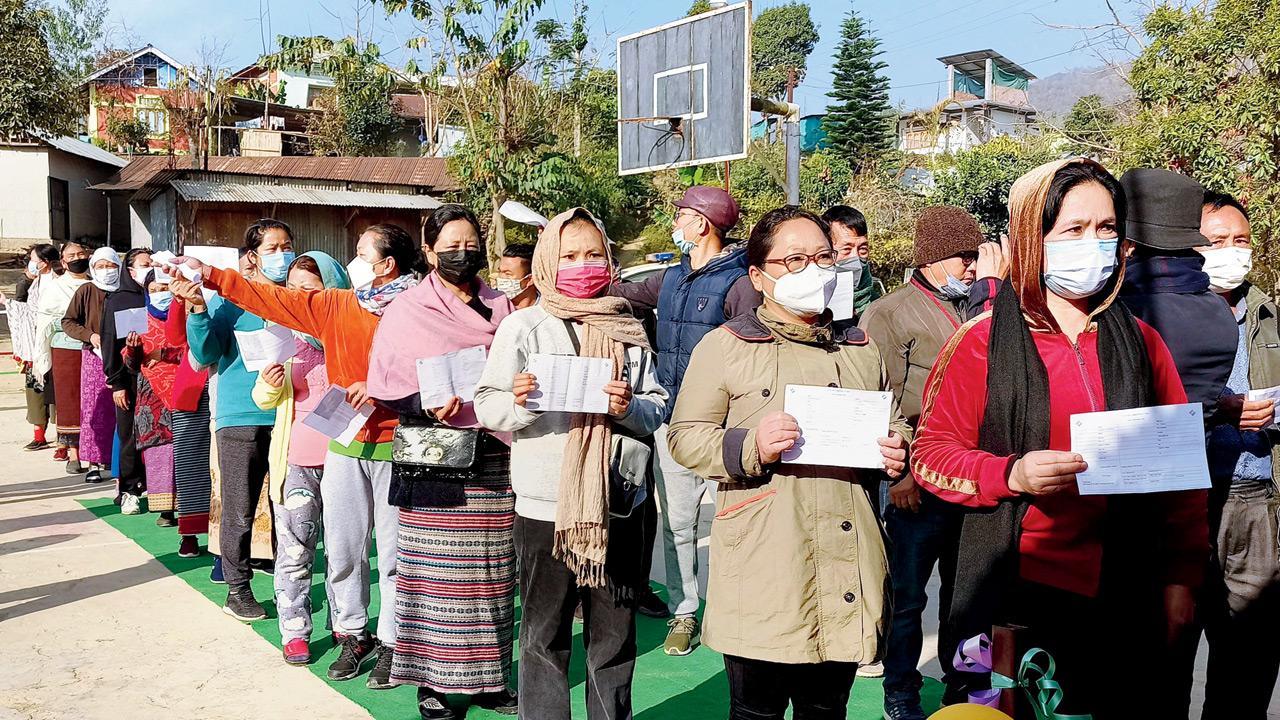 Over 77 per cent of the 8,38,730 voters in 22 of the 60 constituencies that went to polls in Manipur in the second and final phase of assembly elections on Saturday exercised their franchise, killing at least two people. And some others were injured. officials said.

The turnout in the 2017 assembly elections was 86.36 per cent, while it was 82.78 per cent in the 2019 Lok Sabha elections. One person was killed while another was injured in police firing at Karong in Senapati district, while a BJP worker succumbed to his injuries in Thoubal district, police said.

Police had to open fire at Karong after some people thrashed polling personnel after they tried to snatch EVMs from the polling booth, an official said. In another incident, some BJP workers went to the residence of a rival party worker late Friday night in Thoubal district. Following an altercation, a rival party worker allegedly opened fire on BJP workers, leading to the death of one person.

While political parties have accused each other of rigging free and fair elections, Manipur Chief Electoral Officer Rajesh Agarwal said there have been 12 incidents of miscreants damaging EVMs in hill districts, and FIRs in each case. has been recorded.